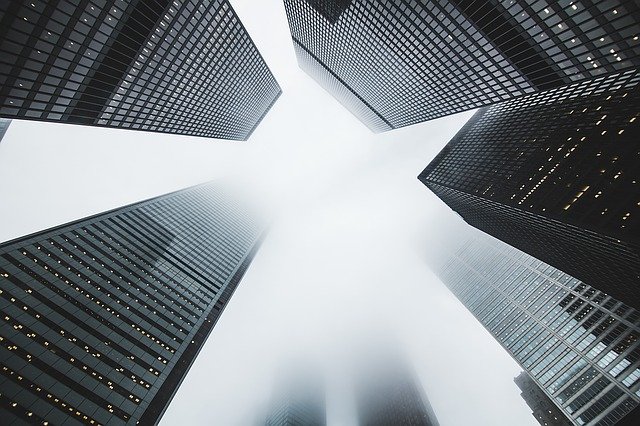 10 Fun Facts about some of the Worlds tallest buildings

As humans, something is built inside us, a little voice that chants “harder, better, faster, stronger”. And hey, maybe it is just the upbeat voice of Daft Punk, but perhaps it’s something more. We are continually challenging ourselves and raising the bar of our abilities in science, technology, engineering. This week we’re taking a look at what can become of “that little voice” by exploring some perhaps unknown facts about some of the tallest buildings on the planet.

What better place to start than on our home soil. Although the Auckland Skytower is out beaten by many for the tallest building in the world, it actually holds a unique title; “the tallest freestanding building in the southern hemisphere. Take that, Australia. Measuring at 328m, it has become a beloved landmark for tourists and an icon of New Zealand’s biggest city.

The creation of One World Trade Centre in New York was a very emotional and tiresome feat. Due to the traumatic attack on the preceding Twin Towers, the country wanted to show that they were back and stronger than ever. This is shown in the physical height of One world trade centre, measuring in at 1776 feet tall, and is a hat tip to the signing date of the declaration of independence, which occurred on August 2nd, 1776.

The shanghai tower holds the record for the tallest twisted building globally and is known for its unique, sustainable approach and design. The buildings facade, texture and asymmetry work cohesively to reduce wind loads on the building by up to 24 percent. The tower also allows a generous amount of daylight to light the building with its transparent inner and outer skins, reducing the need to light the building electronically. The building’s spiralling parapet collects rainwater which is put towards heating and air-conditioning systems within the building.

The CN Tower is the tallest structure in Canada. It is situated in the hub of downtown Toronto at the height of 553m. Fun fact; the CN Tower is struck by lightning roughly 75 times a year, that’s once approximately every 4-5 days!

Currently the tallest building in the world, the Burj Khalifa stands over 828m high in Dubai. Fun Fact; so much rebar (reinforced steel bars) were used during construction that if you were to place them end-to-end, they would stretch one-quarter of the way across the planet!

Planned to be over 3280 feet tall, the Jeddah Tower in Saudi Arabia will steal the title from the Burj Khalifa as the tallest building in the world. Unfortunately due to the covid-19 pandemic, construction has been delayed, yet again. But when complete, Jeddah tower is set to be so tall, their 59 elevators will not reach the speeds of standard elevators, as due to the change in air pressure at that height it can be nauseating to riders. There will also be three sky lobbies for viewing and to prevent any single elevator from having to go directly to the top.

It’s no secret that our population is increasing at an alarming rate. Which, of course, increases the need for suitable housing. Building UP in densely populated areas has become somewhat of a necessity. Healthy, housing with minimal carbon footprint is the way to go for many highly populated urban cities. For our futures to be sustainable, we must incorporate features such as those in the Shanghai Tower. With more buildings like this currently in the planning stage, we can help the planet and its people.

GO BIG FOR ECO AND NOT EGO

Previous Article: For the indecisive Homeowner: Homebuilding Decision Checklist
Next Article What is the average Homebuild process timeline in New Zealand?