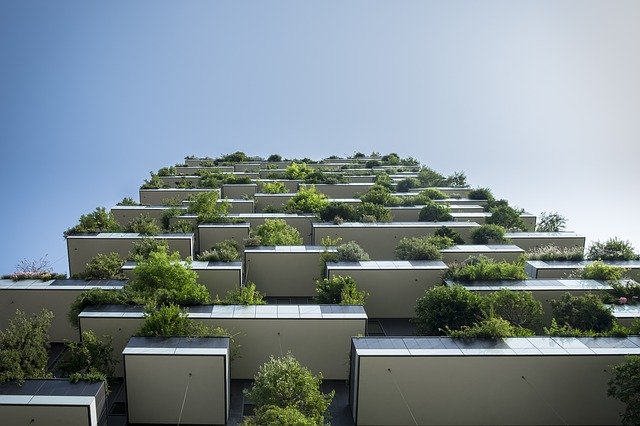 Green cities are growing in popularity! We, at OSA, are all for building homes, community spaces and offices the green way. Meaning that we believe in creating sustainable structures that are healthy, happy spaces for people that utilise natural resources and energy-efficient technologies. Using natural and sustainably sourced materials also reduces the amount that the building and construction industry send to landfill each year. As we have discovered, incorporating green features helps to promote our mental health and overall well-being.

What are green cities?

A green city, also known as a sustainable or eco-city, is a city that has been designed with thought put into the environmental impact of the city. They aim to foster mental health and sustainability for future generations. In a green city, you will find many businesses, homes and community spaces nestled amongst an abundance of trees and natural life, together with a considered and designed transport system. There will often be multiple communal green spaces and natural areas. Green spaces aren’t just for people; certain urban wildlife can thrive in these areas, as well as treasured plants, trees and flowers.

The concept of a green city can be taken and applied to smaller settings such as green neighbourhoods or green buildings. An increasing amount of green buildings are popping up around the world as we humans strive to create a more sustainable future. In essence, these green spaces are designed for livability, so elements such as recycling programs, weather climate and walk scores also come into play when establishing these spaces. Our carbon footprint needs to be considered, especially regarding the built form and how we get around our cities. In NZ, the amount of time we spend in our cars versus public transport systems compared to overseas is a large contributor to our cities carbon footprint. Living and working in smaller areas works!

Why are green buildings and cities important?

A green city can enrich and help to protect the biodiversity of that area, bring down regular costs for the people that live there, such as water and energy costs, and as an immeasurable item, makes the residents happier. Of course, help us build a society that we can maintain and sustain for future generations. A green building can have the same effects, just on a smaller scale and more applicable to the residents that live in that building. However, it has been proven that merely being around a green building or a natural being can improve your mental state. So if you were to pass by this building every morning on your way to work, you would still be reaping some of the benefits of having a green building in your community, again, that immeasurable item of happiness. Look at the awards for the Most liveable city in the World for cities like Vancouver, which have won this 7 out of 10 years. These awards also measure the happiness of the city function and design by the residents.

How green spaces can be BAD for certain community members

What!? I know we have just been talking up green spaces BIG time, ‘cause they’re great. However, it’s essential to acknowledge the full socio-economical impact of creating green spaces within specific areas. As an example, let’s take a look at New York, specifically Central Park. Central Park is, without a doubt, the largest green space within an intensely built-up, urban city. Property developers and other ‘big wigs’ in the property game have cashed in on the desire and benefits of being near Central Park and charge large sums of money for people to have a park view apartment. The thing is, this doesn’t just affect the price of those apartments; it affects the cost of all of the properties in the area. In many places, people have been pushed out of neighbourhoods, forced to relocate their homes and businesses. While this is a common issue in property development, accessibility to green spaces should not just be for the wealthy.

Accessibility to the positive impact of green spaces should be available to everyone, don’t you agree?

Previous Article: What is the average Homebuild process timeline in New Zealand?
Next Article Concrete alternatives and sustainable materials to use in construction